The Typhoon® Valve System is a cyclone based valve technology, developed to reduce shear forces and emulsification of oil and water during throttling. An angled Low Shear Typhoon valve was installed on Troll C in the North Sea (Fram West Tie-back) in 2016. An average 60% improvement of the water quality was observed when using the Low Shear valve, compared to that of the standard choke. Noise and vibration measurements did not show any difference between the Typhoon Valve System and the conventional choke valve. 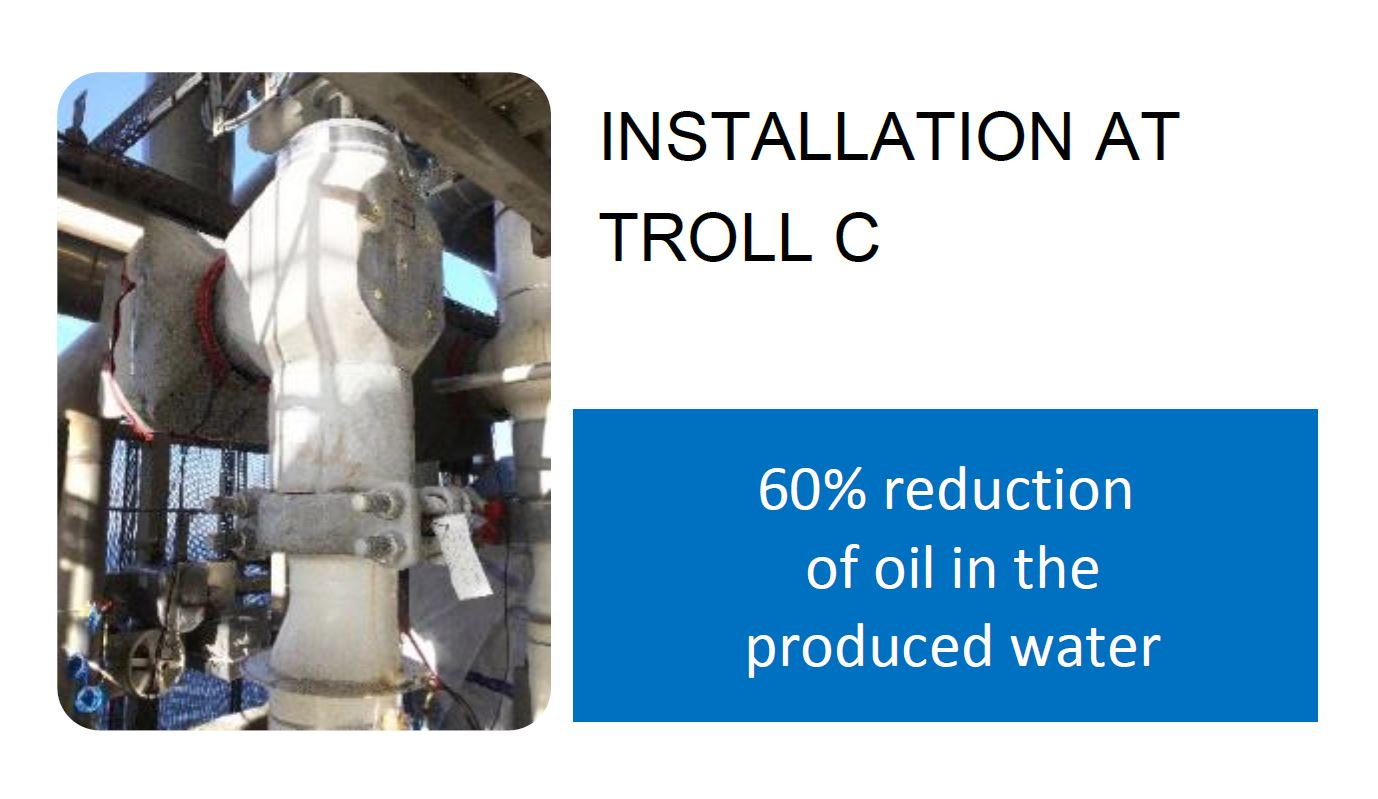 The Typhoon® Valve System has, through several years of experimental investigations, proven significant improvements of downstream oil-water separability and quality. By turning the flow within the valve into a swirl, as illustrated in Figure 1, pressure reduction takes place in a larger volume compared to that of standard valves. The increased volume reduces the energy dissipation rate, and consequently enables low shear operation of the control valve, which reduces emulsions and droplet break-up. 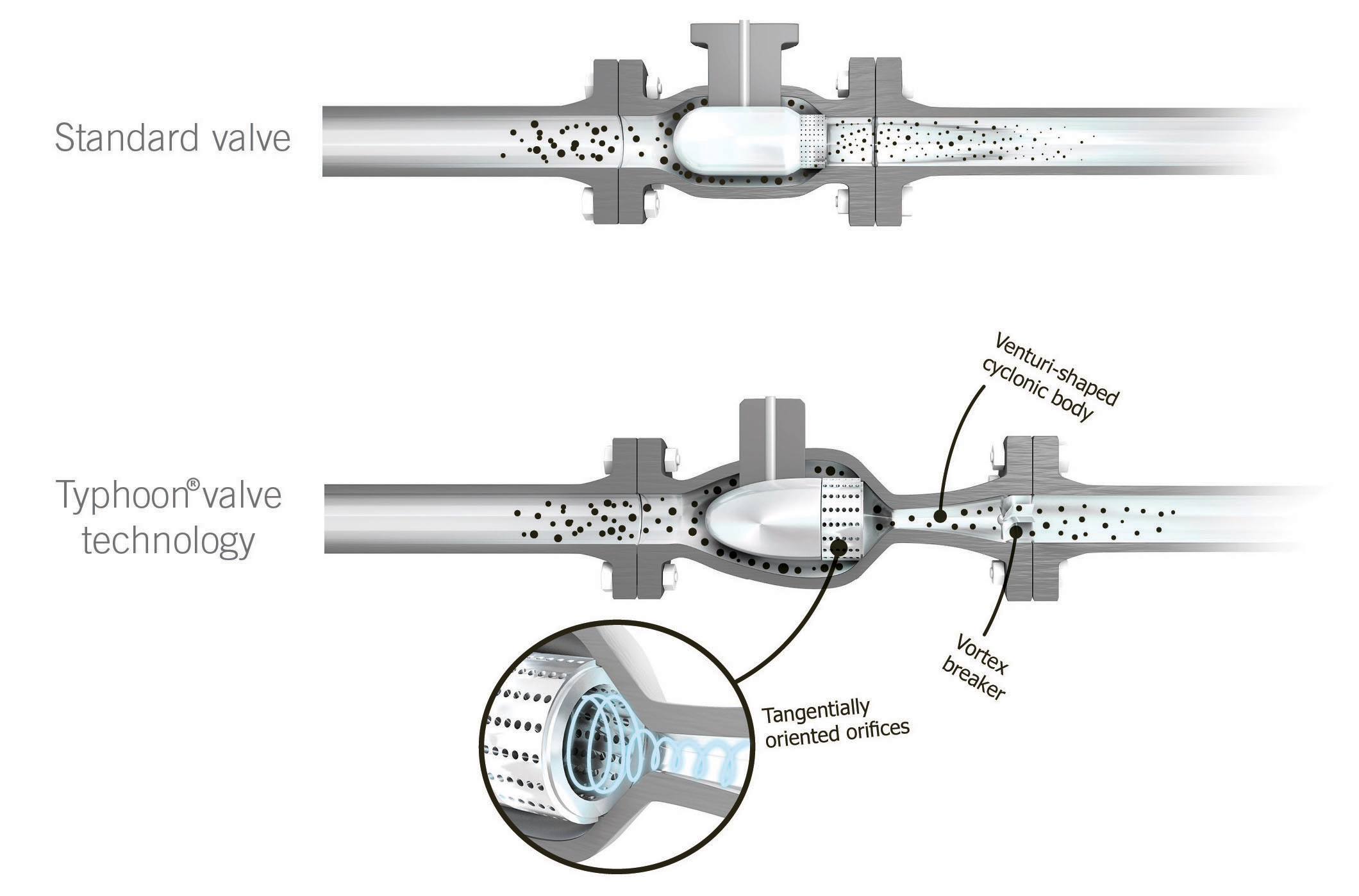 Figure 1. – Fluid flow through a standard valve and the Typhoon Valve System.

The Fram West field is developed by two subsea templates tied back to the Troll C platform, located in the North Sea. Fram West has two parallel topside choke valves that receive the production fluids from subsea wells, where the Typhoon Valve System replaced one of the chokes. The Fram West and Fram East production pipelines are combined downstream of the choke valves, and are processed in Fram separator as shown in Figure 2. The gas, oil and water from this separator are further treated by the Troll C process facilities.

Fluid samples obtained downstream the choke valves were analyzed in terms of oil-in-water (OiW) and water-in-oil (WiO) contents. Measurements of the oil-in-water content are shown in Figure 3. The results reveal systematic improvement of the water quality with an average of 60% improvement for the Typhoon Valve System. 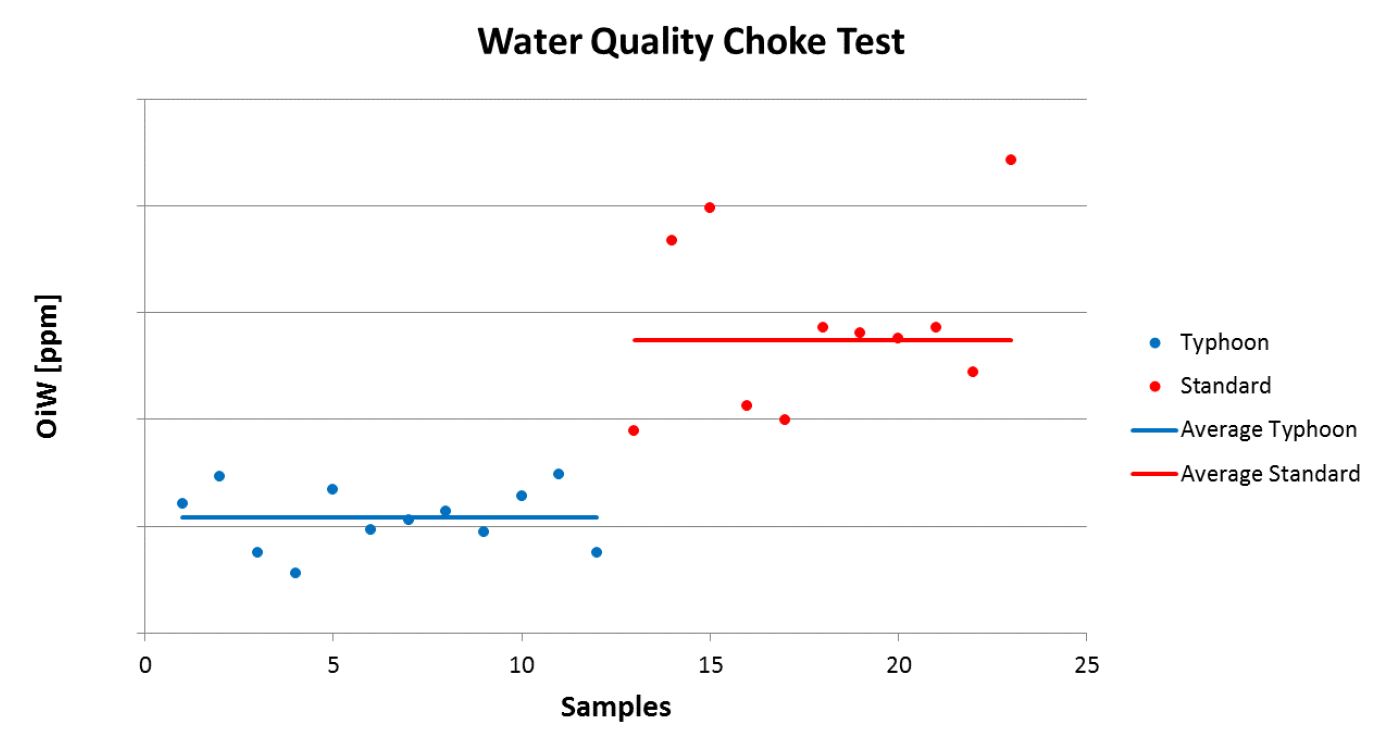 Figure 3. – Results from OiW measurements downstream the choke valves. (Click to enlarge figure)
The WiO concentration measurements showed that both the conventional choke valve and the Typhoon Valve System slightly reduced the oil quality. It is worth noting that the oil upstream choke valves contained very little dispersed water. Average WiO concentration downstream both valves was still very low and within the maximum WiO specification for pipeline transport of 0.5%.

The tested choke valves are located in an open module on the edge of the platform. Therefore, considerable amount of background noise was observed during the noise measurements. The general observation was that the both valves produced very little noise, and could not be heard over the background noise. Vibration measurements showed no difference between the two valves.