Offshore Pilot test of the Typhoon valve with promising results

This spring the company's first product, The Typhoon valve, was tested offshore for the first time. 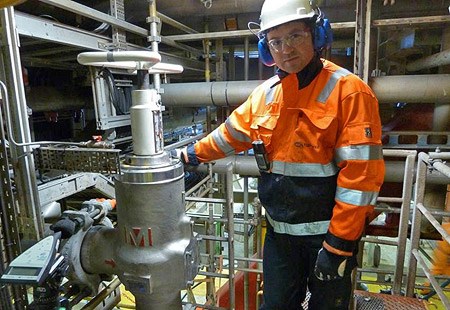 The pilot test was conducted at the Oseberg C field which is operated by Statoil. The project, which is supported by the Research Council of Norway, ConocoPhillips, Statoil, Total, Shell, ENI and the valve manufacturer Mokveld, had a goal of qualifying the valve technology for industrial applications.

In connection with one of the oil producing wells the conventional choke valve was replaced by a separation friendly Typhoon Valve and comparative tests were accomplished. The pilot test demonstrated that water quality was significantly and systematically improved with the Typhoon Valve. Averagely, the oil content in the water from the Test separator was reduced by more than 45% when Typhoon Valve was installed at the actual well.

For more information on the test contact Trygve Husveg: Trygve.Husveg@typhonix.com